Dr Ross MacIntyre is a consultant ophthalmologist with expertise in cataract, cornea, and refractive surgery. He works in private practice in Armadale and Bundoora, while also holding a public appointment as a Staff Specialist at the Royal Victorian Eye and Ear Hospital (RVEEH).  He works in the specialty Cornea Unit at RVEEH, where he trains registrars and fellows, and performs clinical research.

Dr MacIntyre subsequently undertook subspecialty fellowship training in cornea, complex cataracts, and refractive surgery at the Wilmer Eye Institute at Johns Hopkins Hospital in Baltimore, where he was honoured with the Henry D. Jampel Research Grant Award.  He pursued further specialty training as a cornea fellow at the Royal Victorian Eye and Ear Hospital in Melbourne.  He publishes articles in the medical literature and is an invited lecturer at both international and local scientific meetings. 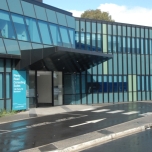